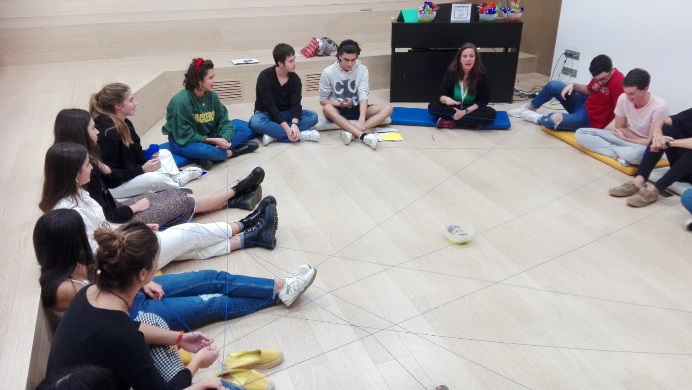 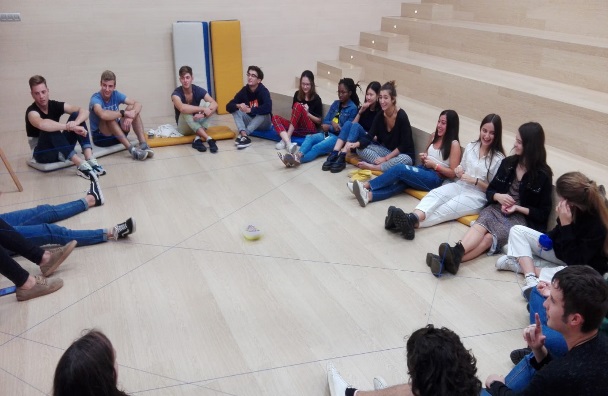 The activity program for the weekend group, was started last October, with a dynamic activity, where the purpose was to generate a formal presentation among residents who live on the weekends at the residence and including the entertainment team, where after making ourselves known through fun connections from a flying ball, a brainstorm was held among all with various activity proposals.

Since then, we have worked so that some of the activities have taken shape. November kicked off with the Castaween movie marathon, coinciding with The Day of the Dead, and the popular Castañada festival in Catalonia, where our residents watched three classic themed horror and thriller related movies, (such as "The Others", "The Exorcist" and "Coco"). In addition, a talk about cemeteries as a cultural heritage and source of knowledge was raised, where there were research specialists in this field.

We would also like to share the adventurous experience of the challenges that residents made in the Labyrinth Park in Horta, proposed by our animation team. At the end of October, a thematic film session was held, watching a movie that brought us closer to the understanding of mental illnesses, entering the mind of the Nobel Prize in Economics and math teacher, John Forbes Nash, with the viewing of the autobiographical film "A wonderful mind."

The month of December, we were surprised with an original proposal in the residence and quite in demand to calm the state of tension in the exam period; we are talking about a fantastic and magnificent “yoga workshop”, headed by a great professional in the world of yoga. We wish to continue taking out with this action and further promote this activity so that more residents can enjoy this wonderful relaxation technique.

Following one of the proposals of the weekend group, December also witnessed the photographic gymkana performingm, a fun way to discover the historical center of Barcelona. The route runs through emblematic places of the city; the objective is to pass some simple tests following the clues indicated on the map that is given to the participating or "explorers". An experience that we hope to launch again on more favorable dates.

After everything mentioned above, we also want to give a strong tribute to the shared snacks spaces that have been enjoyed in our living room of the La Salle building. The reason for these spaces is that to enjoy sharing some time on Saturday afternoons with the resident’s mates. Also as the special birthday-meal that we all made together on the occasion of the 18th birthday of our dear resident Hércules.

As a final touch of the activity chronicles, we want to thank the residents Carlos, Carolina, Andrea, Carmen, Javier and Hércules for their participation in the Christmas decoration of the residence pavilions, since we understand that next to the exam period this became a challenge to do both, demonstrating that the residence is there home in Barcelona.

And regarding Barcelona, on Fridays residents are informed of a wide selection of activities related to culture, leisure, sport or solidarity actions in the city of Barcelona.

For the second quarter, there are planned different activities related to gastronomy, and we are working on the organization of a Musical Bingo Video.

Will keep you updated!